The crossing of Democratic Republic of Congo has taken on legendary status in African overlanding circles. By far the most well known Lubumbashi-Kinshasa crossing was done in a 4WD by a gutsy Belgian couple back in 2010. Tell you what, if our DRC report doesn’t do it for you, this one sure will. If you are not one of the million hits to the expedition blog already, do check it out. It is all kinds of rad. 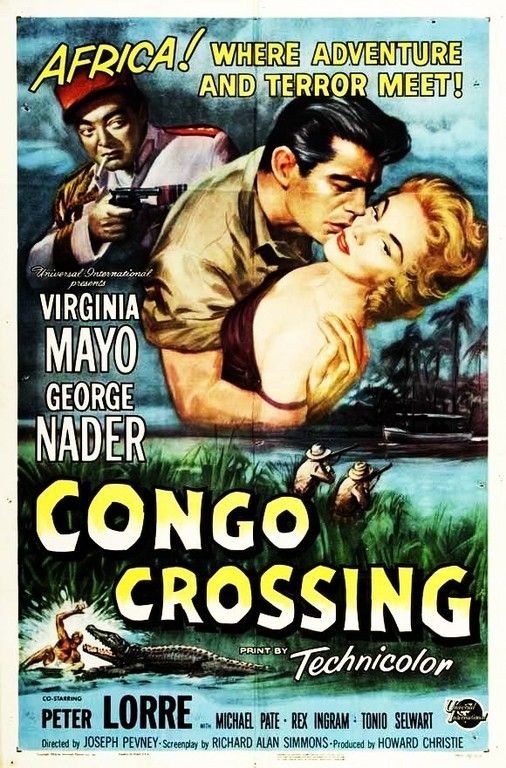 Decades ago, while under Belgian rule, there had been a well-constructed and maintained system of roads through the country. However, in the grand theme of colonialism, the infrastructure was geared towards the efficient extraction or resources rather than providing a robust infrastructure framework for a functioning nation. Since Independence the roads and railways (and most else in the country), have fallen into disrepair

https://www.youtube.com/watch?v=_203PSyA2UM
A nice video (with cool music) to get a sense of the roads conditions in DR Congo. We saw tough bits of track but we never saw carnage like this as we only saw a handful of vehicles outside of towns.

Now the DRC is one of the most infrastructurally deficient countries in the world. By area it is the 11th largest country and has a population of over 80 million. Yet it has just 2,250km of paved roads and of that figure just 1,226km are in decent condition. Were the decent paved roads all in a straight line they wouldn’t even get you half way across the country. 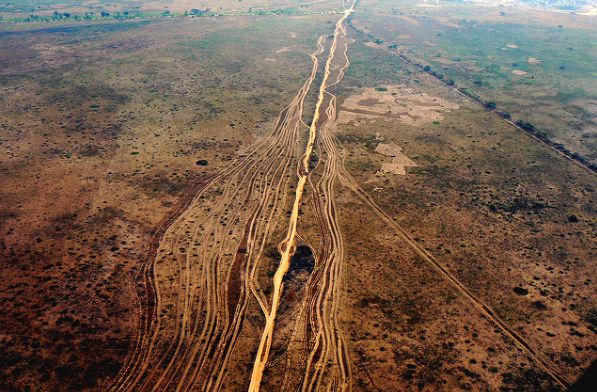 When highway is so bad in places that trucks blaze their own trial. (Picture from the net.)

The main road connecting the two most economically important cities in the country, Kinshasa to Lubumbashi, is known as the N1. The name the N1, prescribes a greater level of status to the ‘road’ than is deserved given its sad state.   Between the two cities lies about 2500km of road and track, of which approximately 1600km is dirt, sand, mud, diabolical ruts or hellish quagmire. Apart from high clearance 6 and 8 wheel drive trucks, few vehicles venture far along it. Yet as the video above shows, the trucks hardly have an easy time of it. With motorbikes still thin on the ground in DRC, the most reliable mode of transport across the country is the humble bicycle. Almost all the traffic we saw as we rode the main road across the country was the constant stream of bike porters, known as the vélo boys; pushing bikes overloaded with trade goods by foot.

We had decided not to follow the full length of the N1 on our Lumbubashi-Kinshasa crossing. Rather we opted to do the N39 from Kolwezi heading west toward the Angola border, then north up to Kananga where we would then follow the N1 to Kinshasa.

The main reason for this was to avoid Mbuji Mayi. Mbuji Mayi, located basically in the guts of the country, is the centre of DRC’s diamond trade and a hotbed for the kind of dodgy bullshit and banditry type malarkey we were looking to avoid.

The Route Nationale 1 (N1) according to Wikipedia. Green=easy tar, Yellow=shitty track, Red=Satan’s driveway. NB: The yellow section from Kikwit to Kinshasa is all tar.

The country around Mbuji Mayi and Tshikapa (which we couldn’t avoid) is riddled with diamonds. There, if you see something shining in the ground, it is more likely to be diamond than glass. It is a place you don’t want to be seen paying much attention to the ground. And don’t even think of scooping up a handful of soil. You could get locked up if you are found with a geologist’s hand lens or anything that looks like it could be used for panning without the appropriate license. It is the type of place where any foreigner that goes there is assumed to be involved in diamond dealing/trading/smuggling what-have-you… because most that go there are. All kinds of trouble can befall you in a place like that.

We were especially wary of going there as our official invitation letters could put us in a bit of a spot. We had intended on giving ourselves less suspicion-drawing professions on our DRC documents. But it worked out that we were both recorded as geologists on our paperwork (even though Mick is an only marginally less suspicious mining engineer). On top of that our exploration manager friend and inviter had to put his real profession.

Most foreigners in DRC are treated with a heavy dose of suspicion, which is warranted in many cases. The notion of a tourist in Mbuji Mayi is laughable and any foreigner is therefore assumed to be involved in extractive industries, especially diamond trading. Going there with official government documents stating we are both geologists would make our innocent touristic ride across Congo a very hard sell.

Our official invitation letters exposing us as dirty mining types. I had intended on putting my profession as a teacher while Mick was going to be the lead singer of the rock band Crème Brûlée (massive points to anyone who gets this reference).

Another reason for deciding on the N39/N1 route was that Richard, the hardcore Congo adventurer we had met in Nairobi, had recommend the route. Richard had crossed Congo 4 times (twice on a motorbike), and said the route was nice, remote and largely untouched. Many people in the area hadn’t set eyes on a white person before and as an added bonus it tended to be a more trouble free route.

Our actual route in light blue compared to the N1.

In the end we reasoned that some of the most challenging riding on the N1 route was the track past Kananga and Tshikapa which we’d be doing either way, so we thought we might as well take the more remote, less troublesome option of the N39.

With our route decided, all that was left was to ride it.

5 Comments on “DRC: The Route”